The most beautiful villages to discover Sevilla by motorhome 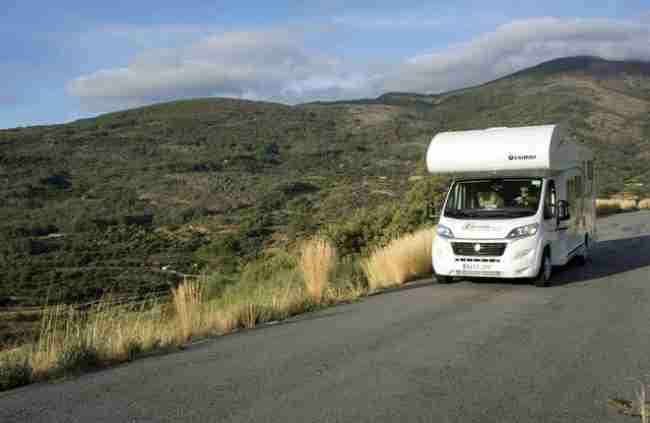 As the song says Sevilla has a special color, and we couldn’t agree more. However, for those of you that have only explored the capital of this region, today we bring you the best cities and villages to discover the region of Sevilla by motorhome. So what are you waiting, start packing because after this post for sure you are going to discover to Sevilla by motorhome.

Route through Sevilla in motorhome

We start today’s journey in the middle of the countryside with the beautiful town of Osuna. To discover this city full of life and tradition, the visitor can start its visit with the University, the Ducal Pantheon, and the church of Nuestra Señora de la Asunción. By walking through these beautiful examples of traditional architecture, one can go back to the Renaissance and Baroque past of Osuna. In addition to these visits, one cannot leave the city without going to its “Plaza de Toros” which is extremely well-known by the bullfight lovers, but also for the Game of Thrones enthusiast, as some of the scenes of the fifth season were filmed in this location. To sum up as a result of this mixture of tradition, and modernity Osuna is the perfect fit for those of you who are looking for a multifaceted city.

Osuna has its motorhome area, which has 10 parking spots, its free of use, and the city center is extremely nearby. 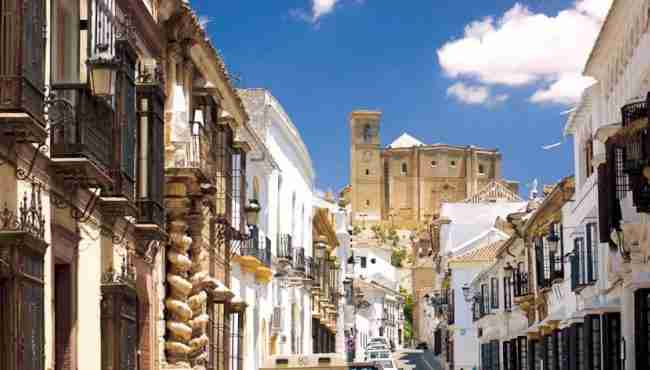 Our next stop is Lebrija, a place made for all nature lovers. Next to this city center, we can found the marshes of the Guadalquivir river, a magical place where land and water merge, forming the Paraje Natural Brazo del Este. Equally important is the city itself since it offers a multitude of attractions. For instance, here we can visit the birthplace of Antonio de Nebrija, father of the Spanish Grammar, the church of Santa María de la Oliva, or its medieval castle among others. 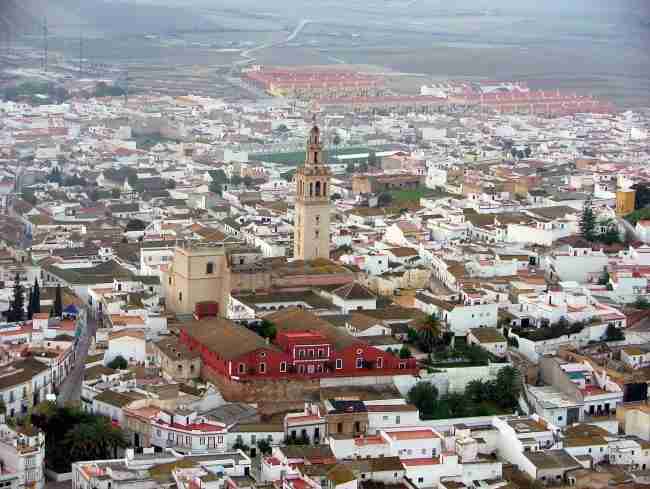 This town located on the low lands of the Guadalquivir valley represents Andalucia in its purest form, and as soon as the visitor puts a foot on its streets will know why. With a historic center that has been declared Site of Cultural Interest and Historic-Artistic Site, the tourist will be amazed by some of the finest examples of this region’s traditional architecture. For instance, the remains of the old Arab tower, the churches of Santa María de Mesa or Santiago El Mayor, the convent of La Purísima Conceptión, and the only preserved entrance to the fortified city. To sum up, if you want to discover the true essence of the region of Sevilla Utrera is a must.

The Utrera motorhome area has 5 parking spaces and a fee of € 1. However, if you decide to refuel in the station, you can use the area for free.

The town of Carmona has been inhabited since Roman times, and it was through these years when the city lived one of its most important times in history. As the Roman occupation not only brought the actual urbanism of Carmona, but also in its famous Necropolis, Roman Amphitheater, and even on the capacity of the city to coin money. However, the Romans where not the only ones that deemed Carmona worthy of their attention, the Arabs in this case also left their own culture and traditions, which nowadays can be seen on the old fortress of Alcázar del Rey Don Pedro, or the church of Santa María de la Mayor which used to be a mosque. In conclusion, as you can see Carmona is full of history, thereby we think that going for a stroll is the best way of discovering this place.

Staying in Carmona is easy as it has a motorhome area with 5 parking spots. Also, keep in mind that the water change is free for the customers of the gas station. 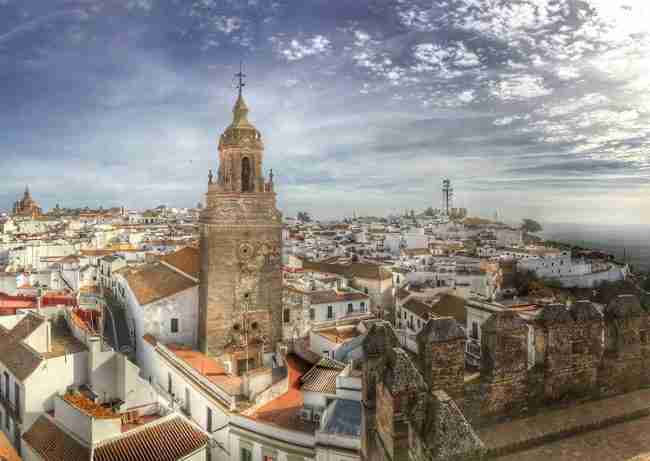 Our next stop is located in the Sierra Norte de Sevilla, and as soon as we start getting closer, we will find ourselves in a small city in which the whiteness of its houses contrasts with the greenery of its surrounding forests. Besides its fantastic landscapes, the city has some of the finest examples of Mudejar architecture. So, by walking down the neighborhood of La Morería the visitor will be transported to a time in which the Arabs dominated this part of Spain.

The town of Marchena has been declared a Historic-Artistic Site, and there is no wonder why. When visiting this incredible city, one cannot miss the Arab city walls, the church of San Juan Bautista, the old castle of La Mota, or the convent of La Purísima Concepción, among other. So, as a result of the numerous spots that you are going to visit, our advice is that you put on some trainers and start walking through its wonderful streets.

Marchena has a motorhome area with a total of 20 parking slots, it is free, and the best part it is location, since it is only about 1 kilometer afar from the city center. 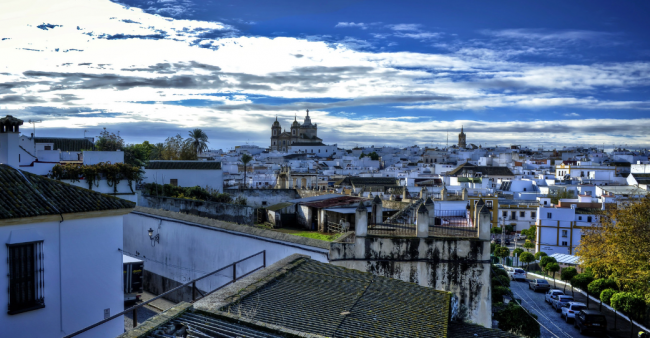 With its particular architectonical style “el barroco ecijano” our next city is truly a treat for the traveler since it will be amazed by the richness of the most baroque city in Andalucía. So, when visiting “la Ciudad de las Torres” as it is commonly known, one cannot miss the churches of Santa Bárbara o Santa María, the palaces of Benameji o Peñaflor, which represent some of the best examples of the barroco ecijano. Once you are familiarized with this particular architectonical style, we recommend wandering around the city and discovering the vestiges of its Roman and Arab past. In short, if you want to discover the roots of Andalucía while experience some unique architecture Écija was made for you. 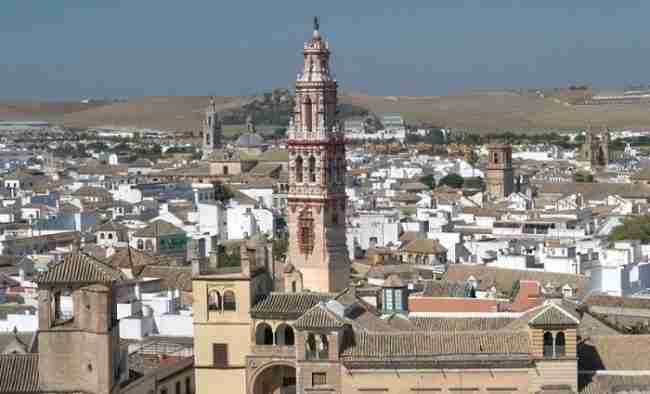 Santiponce is a world remound destination for the Archaeological Ensemble of Italica, which dates as back as to the 206 B.C. In here one can find the ruins of the first Roman city founded outside the Italian peninsula. As a result of this rich history, the visitor will be able to see the remains of one of the biggest amphitheaters of the Roman Empire, the city walls and the Roman terms, the Traianeum temple, and several houses. Additionally, Santiponce offers other hidden gems like the monastery of San Isidro del Campoamor among others. In short, when visiting Santiponce the traveler will be rewarded with a unique experience. 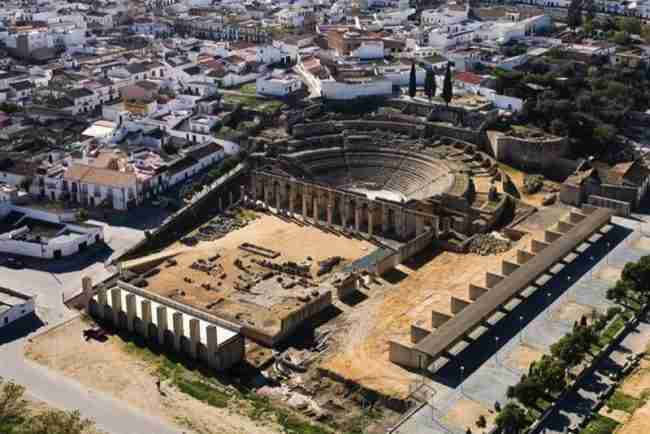 In our last stop but for sure not the least important, we find the town of Alanís de la Sierra, which is located in the vicinities of the Natural Park Sierra Norte de Sevilla. As a result of its localization Alanís de la Sierra has evolved almost undisturbed, so when visiting its castle, the hermitage of San Juan, or the church of Nuestra Señora de las Nieves the visitor will be transported to the Middle Ages, especially if we visit this town during their medieval festivities of the end of August.

Luckily for us Alanís de la Sierra has its motorhome area which is free of use and has a total of 25 parking spots. 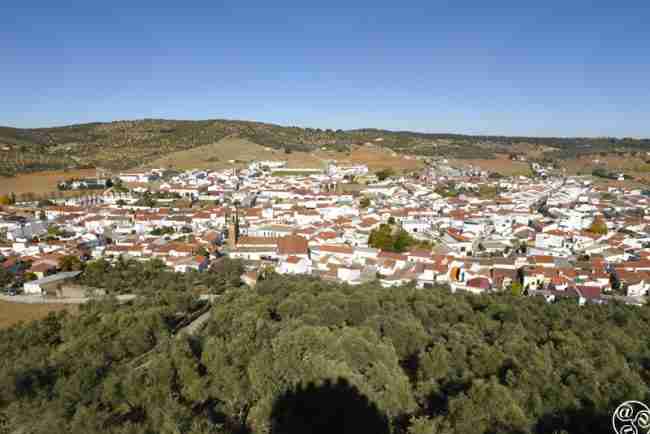 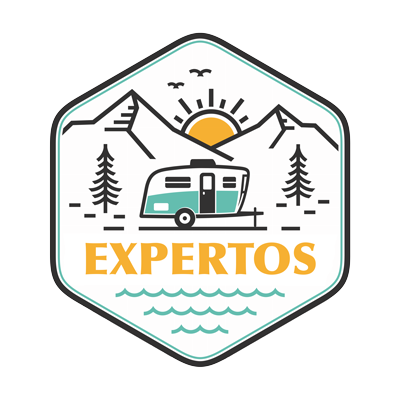